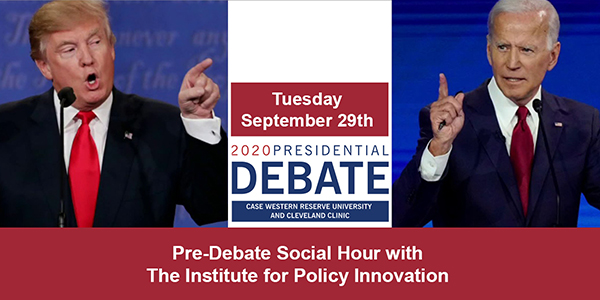 Are you as pumped as we are about the upcoming 1st presidential debate? It might just be the super bowl of political drama. But before the debate and before the spinners start spinning we’d like for you to join us in a pre-debate discussion.

Tuesday, September 29 the Institute for Policy Innovation (IPI) will be hosting a virtual pre-debate social hour from 6:45 to 7:45 PM, featuring our friends:

So grab your popcorn, or nachos, and a drink, wear your political garb, and join us! You’ll get to hear our guests’ take on what to expect from the debate, and you’ll have a chance to ask you own questions.

7:45 End of our program and let the fireworks begin.

Join the Institute for Policy Innovation virtually on Tuesday, September 29!