Maybe Bernie Sanders Should Look This Cancer Patient in the Eye

Inez Rudderham is a cancer patient living in Nova Scotia, Canada. Canada has a government-run, single-payer health care system just like Democratic presidential candidate Bernie Sanders wants—along with many others.

She has a message for the premier of Nova Scotia, Stephen McNeil: “I dare you to take a meeting with me, and explain to me, and look into my eyes and tell me that there is no health-care crisis in my province of Nova Scotia.” (click to view). 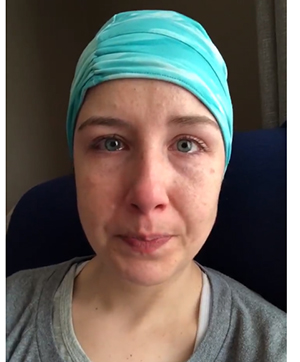 Let me second that dare, and go one dare further: I dare Bernie Sanders to look Ms. Rudderham in the eye and explain to her why her health care system should be a model for the U.S.

In her Facebook video, Rudderham says, “At 33, I am in menopause because when my tumour [sic] was a polyp I did not have access to a family doctor and the ERs wouldn't help me.”

In Canada, family physicians are the gatekeepers to the specialists. Rudderham says it took two years before she could finally see a family physician and get the needed referral. But by then her cancer had progressed to stage 3.

I have been monitoring single-payer health care systems for many years. As tragic as it is, Rudderham’s case is not unusual.

The Canadian Broadcasting Corporation interviewed Tim Holland, the head of Doctors Nova Scotia, who said such situations are all too common. And he says similar challenges are being seen across Canada.

And while the premier hasn’t yet met with Rudderham, he conceded, “There are challenges in the health-care system in parts of accessing primary care. We’ve always acknowledged that.”

Actually, most Canadian politicians boast that their single-payer system is one of the best, providing excellent, universal care.

But regardless of whether McNeil and other Canadian politicians have “always acknowledged” the problems with their single-payer system, I know that Sanders and most other U.S. single-payer advocates have NEVER acknowledged them.

It’s time Sanders met face-to-face with a “victim” of that system.