Are the Rich Getting Richer or the Left Just Getting More Gullible?

As the Democratic Party continues its transition to neo-socialism, we will almost certainly hear—especially from the long list of potential 2020 Democratic presidential hopefuls—more outcries that too much wealth is in the hands of too few people.

One of the most memorable progressive-populist Democrats was Huey P. Long, one-time governor of Louisiana (1928-32) and then a U.S. senator (1932-35). Like many Democrats today, Long was positioning himself for a run for the White House. However, he was assassinated in 1935.

In his 1933 autobiography, Every Man a King, Long lamented the unequal distribution of wealth. He noted in a footnote (p. 38), “The Federal Trade Commission in 1930 showed the trend of 1% of the people owning 59% of the country’s property, much worse than in President Wilson’s time, even.”

So how much of the country’s wealth does the top 1 percent own today?

Last December, the Washington Post covered the issue, citing a new study suggesting the top 1 percent own about 40 percent of the total wealth.

Statista has it even smaller: 35.5 percent.

Based on these numbers the concentration of wealth is actually a good bit lower than it was in 1930.

But there is another way to measure income inequality: the Gini index. The index was developed in 1912 by an Italian statistician, Corrado Gini. In his index, a zero means perfect equality while a 1 means maximum inequality.

As you can see from the graph below produced by economist Mark J. Perry, the Gini index for the U.S. has been essentially flat for more than 20 years. 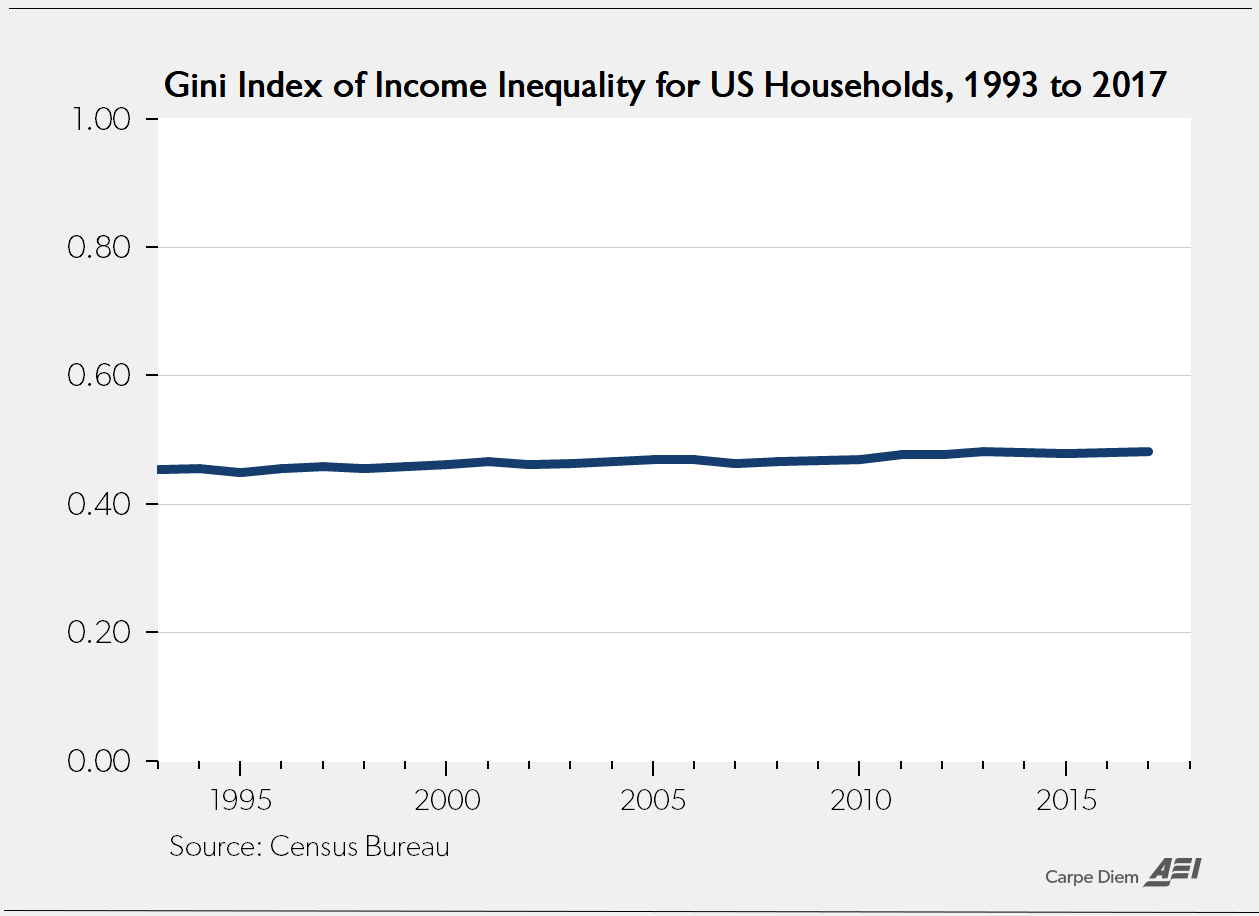 So while there is a wealth gap, it appears to be smaller than it used to be. And income inequality has remained flat for decades

If Democrats succeed in imposing their socialist policies, both the wealth gap and income inequality will likely decline—because everyone will be poor.