President Trump and many in Congress want to reduce prescription drug prices. This paper discusses how drug prices are determined and explains why political efforts to reduce them would be both harmful and counterproductive.

Let consumers buy the kind of insurance coverage they want, not what politicians think they should have, and give insurers the freedom to offer those policies.

The Medicare Part B prescription drug program works reasonably well, providing some of the sickest patients with access to the newest and most innovative drugs. Now MedPAC wants to change it, and not for the better.

Calls for more "price transparency" have tended to be selective. But access to prices is a problem throughout the health care system, and many "solutions" do nothing but exacerbate the problem.

This paper suggests several new policies designed to create a reasonable, secure, functioning immigration system that is in the best interests of the United States. It further suggests a specific approach to dealing humanely and realistically with the current illegal population. 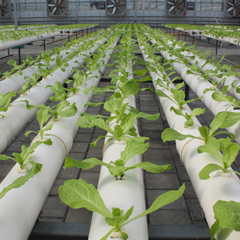 The Seeds of IP Policy: A Growing Agricultural Success Story

A gene trait in the first of the biotech seeds, Roundup Ready, goes off patent in 2014, and many more will soon follow. The industry has been developing a private sector process to govern the transition from patented to generic traits that relies on negotiations and contracts. Such a process would avoid the costly, litigious and adversarial approach Congress imposed on the pharmaceutical industry. 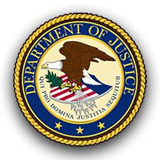 Protecting Property Rights on the Web: Thoughts on the Protect IP Act

Because intellectual property protection is critical to the U.S. economy and serves the interests of a secure and content rich Internet ecosystem, it is reasonable and within the realm of sound policy to discretely target rogue websites through a Protect IP Act that preserves due process and other legal protections while not creating undue compliance burdens and legal liability for third parties.

An estimated 58 million Americans have embraced the convenience of pre-paid wireless service, but the "Pre-Paid Mobile Device Identification Act," sponsored by Senators Schumer (D-NY) and Cornyn (R-TX) would impose new regulations and costs on consumers of prepaid wireless service, and erode users’ privacy. These new burdens on consumers are not an acceptable tradeoff for what would likely be an ineffective tool against a handful of criminals.

The December 2009 court ruling in Bon Tool results in costly and unnecessary false patent marking litigation that frustrates the constitutional goal of promoting "the progress of . . . useful arts." Indeed, the court’s June 2010 decision in Solo Cup demonstrates that unless a sound legislative solution is enacted, it is likely that we will continue to witness narrow judicial interpretation of the false patent marking statute in order to avoid what a court deems to be an inequitable outcome

Federalism: The Founders' Formula for Freedom

Most governments at the time of the Constitutional Convention were unitary governments, in which power was centralized. The U.S., by contrast, adopted a system of confederal power, balancing power between two complementary but separate strands—one horizontal and one vertical. Our country is at a crossroads. A recent poll found that four out of five Americans don’t trust Washington. Americans are ready for change—real change that gives them, not Washington, greater control over their own lives.